We live in a world these days where almost every service has a digital component, and that is as true in the private sector as it is in the public sector. For instance, no agency, department or company is legitimate without a website, though an information-only website it not sufficient; it needs to be a portal for interaction and service provision. Hillary Hartley, the Deputy Minister and Chief Digital and Data Officer at the Ontario Digital Service, which is part of the Ministry of Finance, says that the digitization of society means that the public expects to be able to get things done differently, and government needs to be able to meet this challenge.

To be able to do that, the first thing that any government agency or department needs to realize is that it is really about culture. A digital component may result in a product, but a digital team within government should be about how you think and behave, and what you value and say. In other words, being digital first means having a mind-set that puts people first and at the center. It is also about realizing that being digital has a ripple effect. Digital teams should approach problems by focusing on the outcomes, not the solution. This means being open to being experimental, learning new ways and always wanting to continuously improve. Obviously a solution needs to be produced, but this kind of mindset means that user needs are always at the heart of the solution. Internally, it is therefore about establishing teams with this kind of mindset at their core so that we partner with ministries to create and develop durable digital teams.

Ultimately the purpose of any digital team is to provide quality products and services that are simpler, faster and better. In Ontario, this means having digital teams that are multidisciplinary, made up of policy advisors, software developers, content and experience designers, data analysts and product managers. This is a fundamental reorientation of public service teams. The teams also have end-to-end responsibility for a product or service, and work together on user needs as one cohesive team to solve wicked problems. This cohesiveness is achieved by focusing on three things: diversity, inclusion and belonging. Everyone needs to feel that they belong so that they can thrive. The Ontario Digital Service is a place where people feel supported. Moreover, it is known that diverse teams outperform non-diverse ones by more than 33%, and thus any kind of diversity within the team is also encouraged. People also need to feel sustained, comfortable and engaged.

A cultural shift that is underpinned by standards

However, it is not just about esoteric mindset shifts or other potential intangibles or feelings of belonging. There needs to be a North Star, and for us that is the Ontario Digital Service Standard, 2021,[1] which has been worked into government plans and budgets. It is what underpins the work of all of the digital teams, with 13 practice standards, and ensures our teams, vendors and ministries all point in the same direction. It was first passed as the Simpler, Faster, Better Services Act in 2019, but it is a living document and through feedback, has been iterated a couple of times.

Standards alone though aren’t enough to change the culture. It comes down to delivering consistent, trustworthy and reliable experiences, and we started by doing. Though some of the changes were bold and radical, they were also incremental and they started off small. Rather than implementing all the standards at once or reaching too high, we leveraged our knowledge and broke through just some of those walls. Then we documented what we did and showed others that we can make things better, faster and with less risk. To ensure the changes stick and are taken up by everyone, we do it through partnerships, co-design and co-delivery. We also have an incredible training team.

After the legislation was first passed, when the standards were being developed, the training team worked in tandem with that development and since then has delivered almost 200 trainings to a third of all employees in the Ontario public service. The training emerged almost organically to support our Digital Service Standard, but it’s now a fundamental part of what we do.

Supporting the change and embedding it

One of the reasons why a changing mind-set has occurred and why standards were created in the first place, is because of the leaders within the Ontario Digital Service. However, these weren’t necessarily senior executives in traditional positions of leadership; they were “the enablers and supports of our program, because true leadership is about action, not a position. It embodies the notion that people can lead from wherever they are so long as they are in an environment that supports them, and where they feel that others have their backs.” In a sense, this comes back to a feeling of belonging.

A great example of leadership coming from anywhere was demonstrated during the height of the pandemic when we saw the confusion in the public about what to do, what the COVID-19 symptoms were and what people needed to know. In Alberta, a self-assessment tool was created, so without any fanfare or directives from above, we reached out and asked to borrow their code. We then built our own tool for Ontario, and it has been viewed and used 50 million times over the past couple of years. This came about because our team was watching the analytics, listening to the public and embracing the technological change with a new mind-set.

The key to success from an internal perspective was that we built trust and confidence. Not only were solutions built, but the methodologies and practices were shown to work, and with results, others wanted to follow. Part of our job really was to reduce the anxiety about the new and the unknown, and to show people that what we were doing was safe. It makes it even greater that it is also better, cheaper, faster and less risky.

“When people see tangible results, that’s when the cultural change starts to happen. As it ripples out, whether people are part of the digital team or any other team, they see that users are at the forefront and it has an effect. Digital teams can have that ripple effect, but we have to move at the speed of trust, though we try to bash through some of the walls to deliver the best results.” Hillary Hartley, Deputy Minister, Chief Digital and Data Officer, Ontario Digital Service, Ministry of Finance 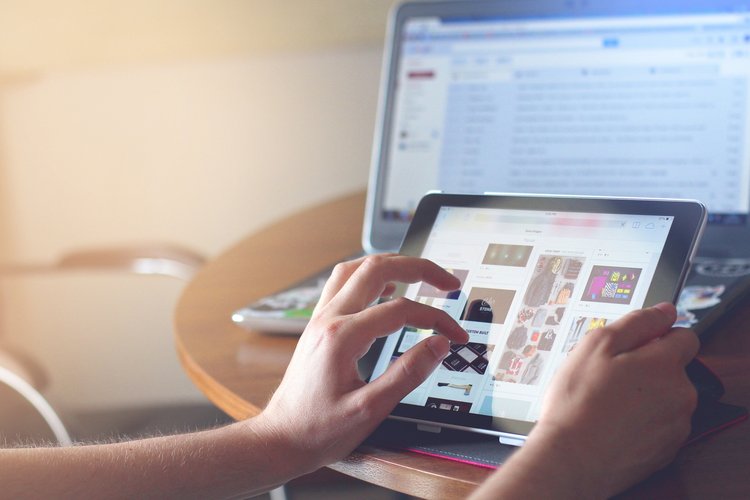