The Pandemic as a Catalyst for Change

The City of Toronto, like so many other government institutions across the world, has a large real estate holding. In fact, during the COVID-19 lockdowns, when most people were consigned to working from home, they discovered that their footprint was possibly too large, and this has been borne out even more now that many workers are coming back to the office. Not only is not everyone back yet, but many of those that are back don’t want to work in the office five days a week and want to collaborate more with their colleagues. All of this has come to the fore of late, and Silvia Fraser, the Director of Transformation and Workplace Strategies at the City of Toronto, says that it has resulted in what they are calling the transformation of our City.

In many ways, the pandemic was the catalyst that the City needed. Like many organizations, we had a very conservative office layout in many locations across the city. All up there were in fact 55 office locations and by 2019 it became clear that there were too many offices and that the 38,000 City staff were spread out too thinly across the city. So the initial plans for a workplace transformation were drawn up in 2019. Whilst little was implemented before the pandemic came along, the seeds of transformation had already been planted because we knew that we had to transition to new ways of working. Initially however, the idea focused mostly on modernizing the civic centers for the future. This meant enhanced technology features and greater digitization.

By the time COVID-19 came along, there was a realization that this was not going to be enough. Workplaces of the future now demanded not just modern technology tools, but the ability to work more collaboratively, and so we had to also consolidate some of our office locations.

A New Focus on Modernized Spaces

The business case that was developed in 2019 was largely around modernization leading to cost savings. A year or more later, the strategy looked very different. Based on demographic analytics, changing workforce priorities and expectations, and community and staff attitudes, it is now about a reduction of the office footprint, which will have knock-on effects including long-term cost savings, climate change impacts and a modernized government. But more important than all that, it is focused on people. The City will be reduced from 55 office locations down to 15, which is a decrease of 40, with five more re-allocated. Altogether, this will affect nearly 15,000 staff.

Of the buildings that remain, some will require retrofitting and all will be modernized. More importantly, we are giving staff flexibility and choice. We are creating sharable offices, where no one has an office and everyone shares the work stations.” This is partly to consolidate space, though it will also create more co-working opportunities, which currently do not exist. But at the same time, privacy is a very important aspect of our designs, and we will have private phone rooms and one-on-one spaces so staff can still have confidential conversations.

On top of that, we did a postal code analysis to understand the geographical disbursement of our staff. With a new push towards flexible working arrangements, if staff have to come to the office, most don’t want to be too far away from home. This means creating workspaces closer to home, and therefore we are modernizing five civic centers, which are geographically dispersed across the city. These offices will also be fitted out with technology to allow for hybrid work, with the possibility of having some in the office and some at home. This too will also allow for greater collaboration and co-working. However, not every role is open to hybrid working, and this is being taken into account. Moreover, some people work best in the office, whilst others have become used to working at home, so for those that can work in a hybrid environment, it will be an opt-in program and only for office staff. Of course some field office positions, like counter service and security roles will never become hybrid, but we are upgrading their environments as well.

Two years into the new direction, the program is currently at the pre-implementation stage, with construction and some of the transitions now taking place. To get to that point took quite a lot of effort, but there was good governance in place and the whole journey has been supported by the Deputy City Manager, with that sponsorship being critical. Overall, this is considered to be a very complex project with huge scope and impact. As such, a very strong steering committee from across the City was established, which looked at things like construction and demolition, environmental impacts, real estate consolidation, technology, workforce impacts and many other matters. From the leadership down, it was emphasized from the outset that this project is about change management for the benefit of the people.

To ensure that the staff were on board, the steering committee created an ambassador program. There was at least one ambassador across all the 45 divisions that were going to be affected. This was especially necessary because “cultures within teams change all the time and it would be unwise of us to impose big scale changes on our own. This network helped build up the communication and awareness, but also was able to take the pulse of the staff. As such, adjustments were made and small changes are still being made now that the relocations of some of the staff have begun.

For everyone involved, the key to success is knowing that they are part of a journey and being open to taking different paths. This means being very agile and nimble, and shifting priorities as required. However, even with all the transitions, both large and small, the important thing from the beginning has been to remember that we are all facing in the same direction and are here for one purpose.

The projection is that once completed, this project will result in $30.5 million in annual cost savings. But the financial savings are now much less important than the ramifications for the staff. As a result of this project, the City of Toronto will become much more collaborative with better opportunities for working, listening and actively implementing measures that will lead us to a future workplace. 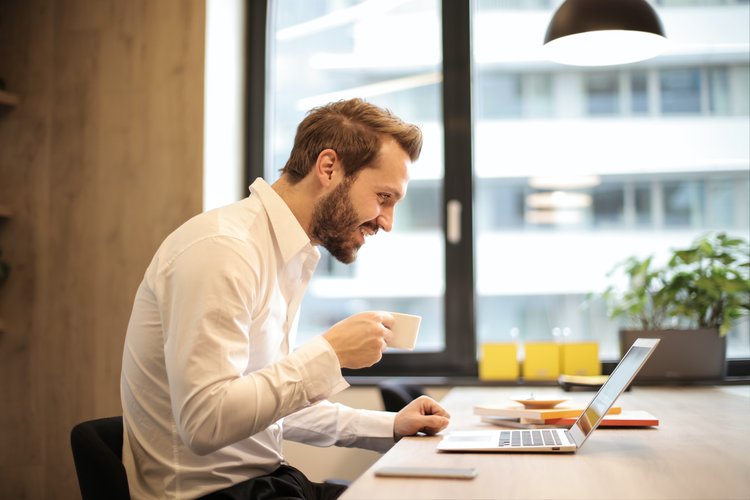