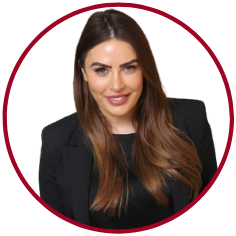 At the recent Digital Justice Innovation event, we heard from Jessica der Matossian, Registrar, Digital Practice, Federal Court of Australia as she dived into how to trace the evolution of digital practice and technology in Australia’s courts. In this article she explores:

Technology as a driver for
change

Long before the start of COVID-19, technology provided a way of being more efficient and innovative. Some industries were therefore better prepared than others when the pandemic hit. The Federal Court of Australia was one of those. Jessica der Matossian, the Registrar of Digital Practice at the Court, based in Sydney, says that “technology alone doesn’t improve the legal system,” but people, processes and strategies “together with the assistance of technology, can make the legal system better.”

The Federal Court in particular, is considered by many within the legal sector to have “set the digital pathway as a leader of change.” The stage for the digital transformation was set in 2008 when the Court consulted with the public, the sector and judicial officers “to really understand their pain points.” A strategy was then developed that identified “that governments and commercial organisations would increasingly rely upon electronic information to communicate and to do business.” This led to some proactive developments. For instance, whereas the court filing system used to be in person, in 2011 it was digitised. Similarly, in 2014 “electronic court files were introduced,” and then court books were also digitised and electronic signatures were added.

By 2019, fortuitously as it turns out, a follow-up strategy was developed “that considered how the court could be more accessible and more transparent to improve access to justice in a digital age for the benefit of all court users.” The intention was to create a greater “online presence” so that both court officials and litigants could appear from outside of the physical courtroom, though prior to the pandemic, that was done for the very practical reasons. Since there was a limited number of physical rooms, it was to “help us better manage the increasing number of judges and their workloads.” Obviously that now seems prophetic and thus the Federal Court was better prepared than most for remote work and virtual hearings.

The impact of the pandemic

Many of the proactive steps that have been taken in the last decade or more have made coping with the pandemic much easier. The e-lodgement platform “has meant we can accept court documents remotely without the need for in-person collection.” Similarly, the electronic court file system has meant that any judge or court staff could access a court file from anywhere in the country.” All of this has led to greater flexibility for staff and cases. For instance, the Federal Court has been “using video conferencing technology for over 25 years.” It was set up initially to allow interaction between courtrooms, but was easily converted to allow “witnesses to be examined who were not physically present in the same room.” The Court also had a majority of staff with laptops and Office 365 with Microsoft Teams was deployed on everyone’s computers before COVID-19 struck, so from a technology perspective, they were well positioned.

Like everything though, nothing was perfect immediately, and a feedback mechanism for both staff and litigants was built so that improvements could be made. “Having that open dialogue has really assisted.” Very early on in the transition to digital, it was decided that hearings would be called “online as opposed to virtual.” That might seem insignificant, but the Chief Justice wanted to “convey a message that hearings conducted online are still real hearings.” Whereas ‘virtual’ could mean the same as ‘online’ in the tech world, in the legal profession it could be “misconstrued to suggest it is not the same as a traditional hearing.” Although the hearings are remote, the Court wanted them to have “the same formal etiquette and protocol of a physical courtroom. The name change to online hearings was very much intentional.”

Coming to court for anyone is generally a stressful experience. Digitising the processes not just of the court itself but all the ancillary functions have allowed the Federal Court to “have the same ease that comes with paying bills online or shopping online.” In fact, in a federal court in particular, “open justice and transparency are always paramount,” and that includes access to the court and eliminating as much as possible the digital divide for those who don’t have access. “As such we’ve increased our communication channels to include in person encounters, phone and email, as well as live chat.” Unexpectedly though unsurprisingly, some of the most impactful feedback about the digitisation approach has come from regional and remote communities who have collectively said that “online hearings have broken down barriers associated with physical distance.”

The digitisation of the court, and especially the introduction of online hearings, has not only made international news, putting the Federal Court in the spotlight, but it has also made local news in allowing “journalists and the public to watch our matters conveniently from wherever they are.” This was highlighted during the recent matter concerning former Attorney General Christian Porter. The court where his matter was heard could normally hold no more than 40 people in the gallery. But due to the interest in the case, “we had over 2,000 people watching online, which is just insane.” This is the kind of “access and transparency” that would never have been able to be accommodated in a physical courtroom.

Setting up the technology obviously required a significant investment, but now that it is working, people often say that the digitisation must be a cost-saving. However this is generally not the case because costs saved in one area are often transferred to expenditures in other areas. For instance, “it could mean that a litigant could choose from a greater selection of Council to represent them, or more tellingly, it could mean the difference between the litigant being represented, or not being represented at all.”

Another surprising positive impact has been on future lawyers and law schools. Since many of the cases are now broadcast and the broadcasts are recorded, many of them are now being played in classrooms and are part of the curriculum. “Students are able watch Australia’s best advocates and decision makers in action in real-time and learn from what they see, and discuss the arguments being made.” This is a positive change to how law is being taught, and an unexpected one.

The positive impacts in general and around the pandemic came about because of two fundamental principles that the Court first employed when they started their journey towards digitisation more than a decade ago. The first is “to consult widely across the sector. Find out what people actually want, not what you think they want.” The pain points and patterns allow changes to be made and efficiencies to be gained. The second is “don’t wait until something is perfect before implementing it. We have to accept that we can’t all be perfect at something from the get go, and that trying to perfect it initially creates delays.”

We need to ensure that we don’t use efficiency as our sole driver. It is about very carefully looking at your organisation and stakeholder needs, the range of skills and abilities among your judges, your litigants, your legal practitioners and your staff, and identifying how best to equip them to work flexibly and digitally. It is working out how to appropriately use the technology tools which are available to us to uphold the justice and efficiency principles we all keep at the forefront of every decision we make in court. 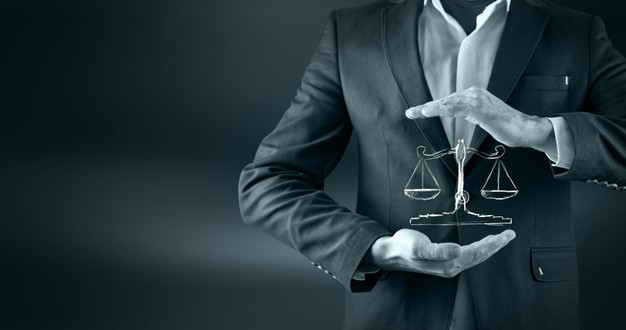