Creating the modern city framework that delivers outcomes that matter 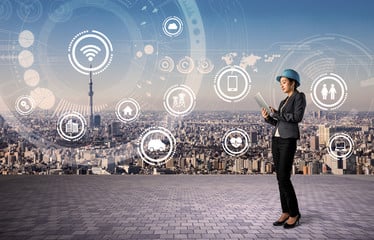 Cities and regions all over the world need to continually adapt to keep up with technology and with the expectations of their citizens. In New Zealand, given the size of the country and the spread of the population, there are significant differences and challenges between the largest cities and the smallest regions. Wellington is the capital and one of the largest cities.

According to Andy Foster , the Mayor of the Wellington City Council , it is “a beautiful, stunning city and consistently rated one of the world’s best cities, but we do have some very big challenges.” Some of those challenges include housing and transport issues, water and sewerage issues, supply chain impacts and “we are also a city that is seismically challenged.” However, the city and the Council have the resources and the technologies to deal with many of these challenges, and are doing so.

On the other hand, Bede Carran , the Chief Executive Officer of the Timaru District Council , says they are “in the middle of the South Island, and about the same size in area as Hong Kong. But whereas Hong Kong has about eight million people, we have about 47,000 people in our district.” They are part of the Canterbury region and have been a standalone district since 1868, but “we don’t have a lot of resources so we have to be smart.” In Wellington, Andy Foster says being smart is about “using a lot of leading edge science, technology and creativity.” In terms of the environment, New Zealand “was the last major landmass to be settled by human beings, and we have a very high degree of species which occur nowhere else in the world.” In fact, “1,000 years ago, 80% of the country was covered by forest.” However, much of that forest is now gone, and “90% of the wetlands across the country have gone. It’s actually even worse than that in Wellington.” As such, the City declared “a climate emergency two years ago, as well as an ecological emergency, which may be unique to us.”

“We can’t possibly undo extinction, but we have been on an environmental restoration journey which I’m really proud of and is quite remarkable.” The journey started in 1992 and is ongoing. It began with land acquisition and possum control, and “now we’re getting close to completing an outer green belt.” There is also now a “thriving marine reserve” and Zealandia Ecosanctuary , which is “our crown jewel, a world-leading, predator free sanctuary in the middle of the city.” It came about through “conservation, science and community” as well as careful planning, including the eradication of pests and the introduction of new species.

“People said that we were absolutely mad to go down the Zealandia journey, but now we’re doing something even more extraordinary, which is to try and get rid of predators from across the entire city. No major urban area globally has ever been able to eradicate rats, but we are using science and people power to do just that.”

Together with groups that have been specifically set up, and thousands of traps, “something like 74,000 pests have been caught and eliminated by a community effort.” Most people involved in the project have downloaded a customised app “which records the traps as they happen, and monitors where they are.”

In Timaru , Bede Carran says their smart thinking began in 2015 with the release of the “Canterbury Regional Economic Development strategy.” One of the features of that strategy was about “getting everyone connected,” but in some of the more rural parts of the district that was not as easy as it seemed. “We had to work on getting fast broadband out across the region. It hasn’t got to everywhere yet, but it has made quite a difference.” Once there was connectivity across much of the region, other advances could also be made. For instance, the whole Canterbury region has “severe weather events.” Sensors were installed in the rivers and waterways, and through a wireless network “we can get really good readings on the volumes of water that are coming, and when they are going to arrive.”

“Sensors provide intelligence, allowing people to make arrangements around livestock, plants and equipment ahead of time. As we get more sophisticated information, and as it comes earlier, we are able to respond much more promptly. We can’t stop the water but we can plan more effectively.”

The sensors, like so many of the other smart solutions across the district only came about because of “partnerships with a lot of other agencies. We only have a very modest budget, so we have to partner with others to innovate and get things done.” Aside from sensors, another successful partnership was in the development of “a public on-demand, responsive transport network called ‘My Way’.”

The urban area – which links to the rural parts of the district – is relatively small, but traditionally has had buses running through it like in most cities. These had “a very fixed route, were expensive to run, and we didn’t have high patronage.” My Way is “essentially an Uber-style shuttle.” There is an app that people download, “you then type in where you want to go and in ten or twelve minutes, a shuttle will come and pick you up.” Since other people might be on the bus too, sometimes it picks up or drops off “50 to 100 metres from the destination,” but most people are ok with that. Often though it actually goes exactly to the destination, which “has significantly enhanced the requirements of people in our community with mobility issues.” It also doesn’t follow a fixed route, so it has greater flexibility. Overall this means that in just a short period, “patronage has increased by about three times, and it has a much lower carbon footprint.” Unexpectedly, it was also greatly beneficial during the lockdowns associated with the pandemic because “it’s all controlled and scheduled in terms of the demand, with only two or three people on any particular shuttle.”

The other big issue for the district is the state of the roads. “It’s not about the volume of traffic, it’s about the actual weight of the heavy trucks.” Since the region is used for haulage, a large truck might have up to “10,000 times the impact on the road of an ordinary motor vehicle.” New technology sensors and AI have allowed the district to “have much smarter insights about the deterioration of the roads, which feeds straight into our RAM, our road asset maintenance system.” Within the district, “we have about 1,700 kilometres of road, 500 kilometres of which is unsealed.” The monitoring technology has allowed roads to be repaired or attended to before they become significant issues causing delays and havoc. For both regions , thinking and acting smartly is critical, and there have also been advances in sewerage and water collections, building technologies and air quality detection. But building relationships and partnerships is just as important as infrastructure. Andy Foster says “we work with various ethnic groups, the interfaith community and many others because cultural wellbeing is just as important as having smart buildings and sensors.” Bede Carran says that in Timaru, it’s all about “partnering and opening conversations about how to utilise our limited resources. Together, we can improve the user experience through innovation with digital platforms.” 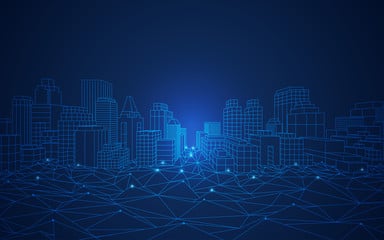