The changing face of forensics

The field of forensics is a very scientific and extremely detailed discipline. With the emergence of forensic technologies, this field is continuing to evolve, though technology is not the only reason why forensics is advancing.

Dr Sarah Benson, the Chief Forensic Scientist and a 21-year veteran at the Australian Federal Police (AFP), says that what really sets the field of forensics apart these days is data. “The question for us is how can we do what we do better given the complex data environment that we currently operate in, whether or not that’s with technology in the form of machine learning, artificial intelligence or data analytics?” In this day and age, forensics is about “providing technical advice to decision makers in the field, and providing faster and more assured identification, both in the physical and the digital world.”

Dr Jennifer Raymond, the Research Coordinator at the Forensic Evidence & Technical Services Command of the NSW Police Force, also with 20 years of experience, says that the way that technology can really help forensics is by “providing a rapid point of field response and analysis. The longer we take to give results, the longer we take to get information out, the less relevant it can become.” Some things like “presumptive drug testing or DNA analysis in the field are probably still a few years away from really being operational,” but that is where forensics is heading. Sometimes the use of forensic technology occurs “for the sake of technology, rather than thinking about what might be operationally viable.” For example, DNA analysis using technology would have to be “of a very high standard” before it can be rolled out, and the technology “isn’t quite there yet.” Of course there are other  emerging resources that are operationally viable, like for instance “technologies from environmental sciences. We need to find ways that new technologies from other industries can be made to be forensically applicable and suitable for use.”

“We need to have research frameworks that can help us be more flexible and adaptable, like the criminals are, with limited budgets and limited resources. For me, that means having research frameworks not just within an agency, but across the Australian community and internationally, in order to be effective, to know what our requirements are now and into the future, and to be able to partner or draw from other industries. This way we will be able to deliver on the challenges that are presented to us whilst ensuring community acceptance and trust as we evolve.”
- Dr Sarah Benson, Chief Forensic Scientist, Australian Federal Police

However, Sharon Bird, the Forensic Division Inspector at the WA Police Force, who has  extensive policing experience across many areas of the WA Police Force, says that “rapid DNA analysis is currently undergoing a trial process in WA,” so in some ways, the future is already present. However, it will be a while before it becomes operational, even once the trial is completed, because “[WA’s] legislation doesn’t allow us to be able to analyse data anywhere outside of what we currently do, so we have quite a few hurdles that we would have to jump through. The cost is also really quite astronomical,” particularly given the size of the state. Nonetheless, in WA, all police now have the same mobile phones and operating systems – “that’s 7,000 phones and we are the only police agency that have done that.” Having the same systems means they can “get fingerprints through [testing] and get them the results back rather quickly, an increase of almost tenfold.” What used to take 24 hours or more can now take 45 minutes or so. Clearly, technology is already greatly assisting the forensic process.

Forensics is changing in other ways too, in part because of external factors. For instance, with the amount of data that is now being processed, analysed and stored, there are a lot more opportunities for cybersecurity breaches or data security issues. Dr Sarah Benson says that IT departments have had to work much harder “to make sure that from a security perspective, our systems are connected to our broader policing systems, but also that the networks are assured and secure.” Given that the AFP has a national footprint, this also means “having very strong partnerships with security agencies across the Commonwealth, and with security and IT departments within our own agencies as well.” Moreover, “legal partners are also key because we’re using data in new ways that need to be approved and accepted across different legal frameworks.”

However much forensics is changing, Dr Jennifer Raymond says that “the overarching principle is still about the prevention and disruption of crime.” Therefore, “having that integration between the laboratory side and the field side continues to be important as it brings it all together.” Dr Sarah Benson says that this is about “how we operate in a hybrid world, spanning the digital and the physical world.” There are increased challenges with regards to “encryption, data volumes and a whole range of other issues, as well as new offenses.” This means there need to be legislative reforms along with new ways of working.

“Sometimes just taking technology straight out of private industry and whacking it into a police force isn’t the best option. We don’t want to stifle new technology, but it needs validation and quality assurance for it to be able to be fit-for-purpose in our police forces and in our industry.”
- Dr Jennifer Raymond, Research Coordinator, Forensic Evidence & Technical Services Command, NSW Police Force

Dr Jennifer Raymond says gone are the days when “forensic scientists are in lab coats with pets.” These days they tend to be “behind computers, with mobile devices, with drones and with remote capabilities.” However, technology can’t be left to run on its own. It needs “a quality management framework and validation behind it.” This isn’t about “stifling” innovation or creativity; it’s about “understanding what is coming and what the limitations might be.” For instance, as much as facial recognition might be the new go-to technological breakthrough, “it is only as good as the data sets and the algorithms that it is based on,” as well as the training that is required to use it.

Sharon Bird says that facial recognition technology was trialled in WA, but “it hasn’t been rolled out or implemented properly.” In fact, it is not uncommon for new technology like that to “be fraught with danger,” in part because “there’s no governance that sits across it.” It is the frontline police who are often tasked with implementing new technology, but they are usually not given enough training and are held accountable when something invariably goes wrong. They also think it is their fault if it doesn’t work, but more often than not “it was given to them by a third party who should’ve known better.” When new technologies are rolled out, more thought needs to be put into how they will perform “in the long run, for the greater good.”

“It’s tempting to say that machines will do more and humans will do less, but I suspect that instead of reducing staff, we’ll just shuffle them into different areas. We’ll have the same number of employees but with different skills. In the future, forensics will be about what humans can do to add value over and above what the machines can’t do.”
- Dr Jennifer Raymond, Research Coordinator, Forensic Evidence & Technical Services Command, NSW Police Force

Dr Sarah Benson says that the governance needs to be “absolutely stringent,” which it often is not. One area where the governance was stringent and where technology has been really useful was in “machine learning around the automatic identification of child exploitation images.” Having the machines go through the images allows for “rapid identification, and protects our members from having to look at that material every day. But it’s not completely done by a machine.” There is still a human layer, which is important. The fields that will always require a human touch include those where “critical thinking, collaboration, analysis and working through complex problems are an absolute necessity.”

Sharon Bird says that “machines can only do so much. Humans will still need to validate and verify products, and be there from an operational perspective.” Police forces and forensics departments sometimes struggle to recruit specific people, particularly women, so maybe a new focus on the human tasks might change that. Dr Jennifer Raymond says “we need to figure out what humans are good at, because we’re going to have machines and algorithms doing much of the work.” Humans will however continue to do things that require “critical thinking skills.” Some areas of forensics will be reduced, like physical crimes and armed robberies because people carry less cash, but “areas like cyber fraud are likely to be have increased workloads.”

Sharon Bird says that already there are greater collaborations and partnerships with academics and universities in order to develop forensic capabilities. In fact, as of August 2020, the “Technology Crime Services investigates unit is now based at Edith Cowan University in Perth.” It has not yet been a year since that move, but already there have been positive changes and that will likely continue. For the future, “having flexibility of the workforce is going to be really important.” This extends to how offices are set up too. Forensics used to be all about large labs, but now “we’re actually looking at removing many of them and moving to smaller labs, almost like workstations.” This is in line with technological changes, but also in line with workforce and personnel changes; “each smaller lab can now be used for different aspects of forensics and for greater collaboration.”

“There’s a different requirement for our workforce now because of the move and the shift towards technology, which is changing and innovating all the time. We need our people to be across many of the fields within our workplace, and to move quite fluidly between areas, and across different jurisdictions too.”
- Sharon Bird, Forensic Division Inspector, WA Police Force

Dr Sarah Benson says that the key to the modern forensics lab is being able to “move data, share data and protect the data we need.” Sharing data means having it accessible within the lab, “across agencies, and absolutely across borders.” Modern labs also “need to accommodate new technology a little faster, and need to work more collaboratively across agencies.”

“The key to our success is interaction with different technology by humans, and making sure that the laboratories can accommodate new and emerging technologies, including systems, infrastructure, hardware, software and everything else that is required to have greater connectivity.”
- Dr Sarah Benson, Chief Forensic Scientist, Australian Federal Police 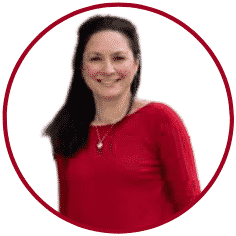